Next in our series of profiles of the Brittany Noakes Poetry Award top ten, whose entry fees went to fund SI of Rittenhouse Square, PA’s Live Your Dream Award–a $1,000 award given to a single mother who has experienced hardships and wants to pursue her education, is:

Shawna Kay Rodenberg, who holds an MFA from the Bennington Writing Seminars. She is an English Instructor at a community college in eastern Kentucky and the founder of Slant, a monthly poetry reading series in Evansville, Indiana. Her work has appeared in New Millennium Writings, Structo, drafthorse, Free State Review, Crab Creek Review, Kudzu, and Consequence Magazine, and she is a Pushcart nominee and recipient of the Jean Ritchie Fellowship. Shawna is a registered nurse and mother of five and lives on a goat farm in southern Indiana. 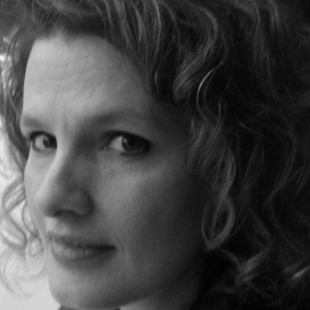 A confession: Shawna and I both went to Bennington, as did another finalist, Barrett Warner, where she and I barely overlapped, but in the way that it could be called “Facebook Friend(ly Acquaintance)s, we connected via social media and I can attest that she is one of the most earnest folks on the planet. If earnest is a word that could also encapsulate such traits as hilarious, loving, moving, and unabashed. In an attempt to sum her up, I would say she is “good people.”

Further proof of that statement-when I asked her to name one of the women she admires, Shawna wrote back: “My mother, Deborah Kay Benge, whose strength, resilience, humor, and unconditional love have blessed my life immeasurably.”

A reminder: the contest was anonymous so all of the above fabulousness that is Shawna had no ranking on her selection as finalist. That was solely determined by her poem “Little Debbie Repeats: Open Your Eyes…” which I loved for not just how it was written (the form a long, singular stanza, so hard to do well but this was the absolute right form for this poem), but also what it said, about longing, the sacrifices of being a parent. Whether an I poem or persona, the character felt so real I didn’t want to know. Even in moments of quietude, the voice of the poem was propelled forward toward self-improvement in a way that seemed so truthful and genuine.

But alas! I am telling you of a poem you can’t read yet! In the event the above has made you wish to read a Shawna Kay Rodenberg original, I’ll give you a three for one deal via her appearance in drafthorse, and I encourage you to read all three. My comments are on the third poem, simply because I think it a bit of a sibling to “Little Debbie Repeats: Open Your Eyes…”

“Mercy Plea” pulled me in immediately with the personalization of the herb cabinet, who leans, exhales, the personalization continued through the door frame bracing, it is a very alive poem, a populated home, from the start. Then the daring and oh-so-right repetition of “our burden, our burden” made even more emphatic by the line break. Shawna’s narrator says mid-poem, “I don’t need to be told/how it feels to be rich,” and it’s so true, when she says “my jewel box is full” she may very well have said “my life.” There is a love omnipresent in this poem, she writes, “we make love like shaking clinking coins on the sheets.” My favorite moment, amidst the jewelry, the coins, the talk of wealth, is the “babies crowning,” (emphasis mine). This poem features such a dynamic between literal and figurative wealth, that universal struggle of sacrifices made for either, or both.

It’s a marvelous poem, as is Shawna’s finalist piece “Little Debbie Repeats: Open Your Eyes…” They both have such a truth to them, with more than a pinch of beauty.

Thanks Shawna for submitting, and congratulations on being a top ten finalist!